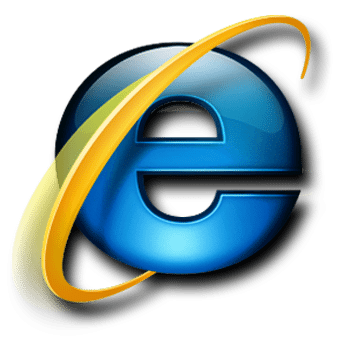 By Eric Johnson
In Safety and Security, Virus and Malware 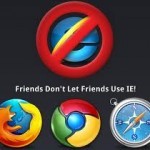 Please discontinue the use of Internet Explorer 8 – for the sake of Techs and Website Designers everywhere!

Not even a month has gone by since Windows XP’s retirement and the exploits have already begun to surface. The latest attack on the Windows software doesn’t just affect XP, but ALL VERSIONS OF WINDOWS. Internet Explorer 8 is vulnerable to too many attacks.

Thanks to a cyber security software company named FireEye Inc. the exploit that attacks ALL VERSIONS of Internet Explorer has come to light. No matter what version of windows you use, be it XP, Vista, 7 or 8 YOU ARE VULNERABLE TO THIS ATTACK. Due to the recent retirement and end of support for Windows XP, Microsoft has confirmed that no fix will be rolled out for users of the outdated operating system. Don’t fret all you XP-toting computer users, for THERE IS LIGHT AT THE END OF THE TUNNEL! Google recently stepped up to the plate and issued this following statement:

“We recognize that hundreds of millions of users, including a good chunk of current Chrome users, still rely on XP. Moreover, many organizations still run dozens or even hundreds of applications on XP and may have trouble migrating. Our goal is to support Chrome for XP users during this transition process. Most importantly, Chrome on XP will still be automatically updated with the latest security fixes to protect against malware and phishing attacks.”

Google has extended support for Chrome Users on XP until April 2015! So all you XP users out there go to Google NOW and download Chrome TODAY…..Heck if you are reading this in Internet Explorer and on ANY WINDOWS VERSION…..STOP READING ALREADY!!!

Go to Google and download Chrome! [Editor’s Note: Firefox is still strong. Just be sure you’re getting it from http://www.mozilla.org/en-US/]

Until Microsoft releases a patch, users who insist on surfing with Internet Explorer can disable Adobe Flash for added security. Fire Eye Inc. noted “disabling the Flash plugin within IE will prevent the exploit from functioning.”

If you need your Flash for various Internet functions then head over to TechNet and read  Microsoft Security Advisory #2963983 . But I’m letting you know easiest solution is Google Chrome

Co-Owner and founder of Credo Technology Group, LLC, Eric has been working with computers since the mid 80's and enjoys helping people become free of their technological stress.

While I was off on vacation, I had Credo ghost and replace the hard drive in my laptop.
They did a great job, had all of the Windows updates installed for...

Eric is a service professional WAY beyond what you might expect. Personable, friendly, knowledgable, efficient... I'm sure he's earned more merit badges...

I purchased a new computer to replace my 12 year old desktop. I took both to Credo where Ms. Michelle assisted me with this project. It's a big job...